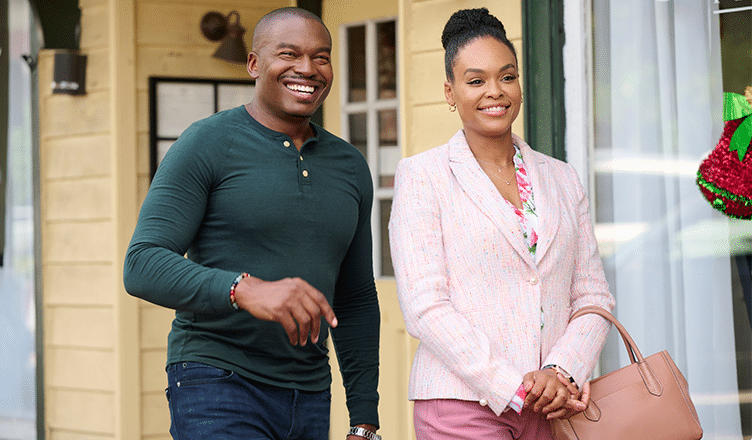 The film stars Demetria McKinney as Olivia, a young Chicago pastor following in the footsteps of her mother, who gets reassigned to a new church in Texas one month before Christmas.

As she steps into her new church to begin her ministry, she tells herself to put faith over fear.

Olivia has her work cut out with an older congregation that expects her to not only lead the church, but to also sing.

She is tasked with leading the church choir for the town’s annual Christmas Jamboree and receives support from fellow parishioner Ashton (Chaz Lamar Shepherd). Sparks fly between Olivia and Ashton when they first bump into each other at church and continue to get to know each other in preparation for the Christmas Jamboree.

Gospel legend Kirk Franklin is one of the executive producers and also wrote and arranged the music for the holiday film. He makes a cameo appearance as well. Tracy “Twinkie” Byrd serves as executive producer, while Erica Sutherlin directs and Kourtney Richard wrote the script.

Kirk Franklin’s A Gospel Christmas premieres at 8 p.m. on Dec. 4 on Lifetime.

Watch an exclusive clip from the holiday film below: