Join us tonight for Fancalls with Actress/Recording Artist Demetria McKinney 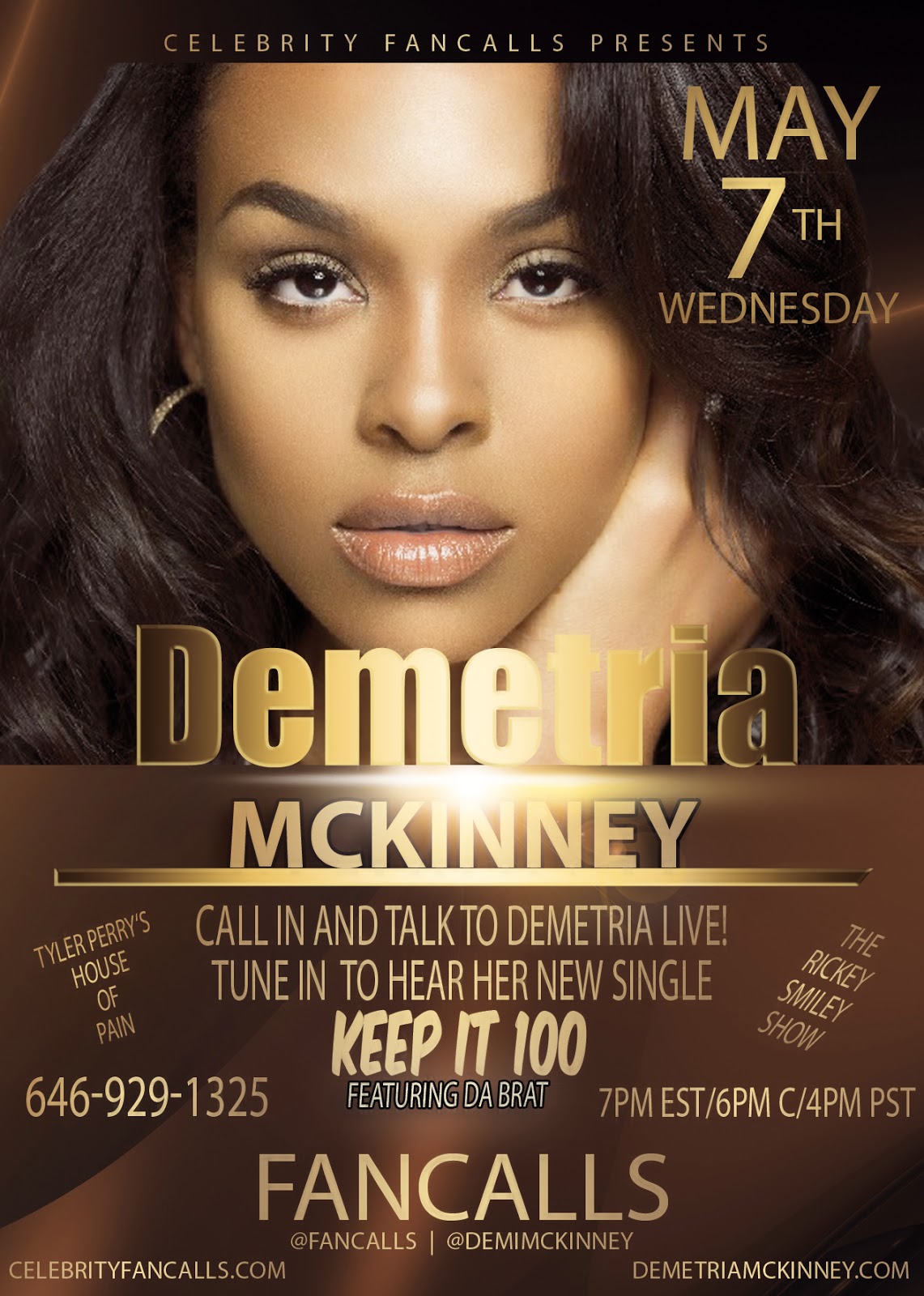 Lastnight, Demetria was answering calls on #Fancalls for a 30 minutes chat with her fans. Each call were suppose to have lasted 2 minutes. Calls were answered by the last 4 digits of each caller's phone number which is the only thing that shows up on Fancall's switchboard. If you were one of the DEMETRIANS that got the opportunity to speak with Demetria, Congratulations!!!
If not, no worries, she left an message JUST FOR YOU! Click Below to hear what she had to say!

Demetria McKinney is an award winning actress and singer from Fort Walton Beach, Florida. She is best known for her role as “Janine Payne” on the hit TBS sitcom“Tyler Perry’s House of Payne”. The show has taped over 254 episodes and has received five (5) NAACP Image Awards for Best Sitcom. She was nominated for a Prism award for her incredible portrayal as the drug addicted mother and wife turned career woman. Demetria first worked with Tyler Perry on his stage play,“Meet the Browns” and went on to star in several other of his plays including “What’s Done In The Dark“, “Why Did I Get Married“, and “Madea’s Family Christmas”. Her additional stage work includes the lead roles in the plays “The Mountaintop”, “Church Girl”, the musical “I Dream” in which Demetria portrayed Mrs. Coretta Scott King and “Dreamgirls” which she performed with the legendary Jenifer Holliday. She is currently stars on the TV One sitcom The Rickey Smiley Show as Monica, Rickey’s ex wife. Her numerous film and television credits include the films “Daddy’s Little Girls”, “Let The Church Say Amen”, “Breaking Up is Hard to Do” and shows “Necessary Roughness” and “Let’s Stay Together”. Demetria has extensive vocal and dance training. She is an R&B/Soul singer who has opened for artists such as Tank, Dwele and Anthony David. She has three singles available on Itunes “Take Away” and “Get Yo ..ish” and “Livin It Up” (her duet with Anthony David). She is presently working on her debut CD with notable producers such as Musiq Soulchild.