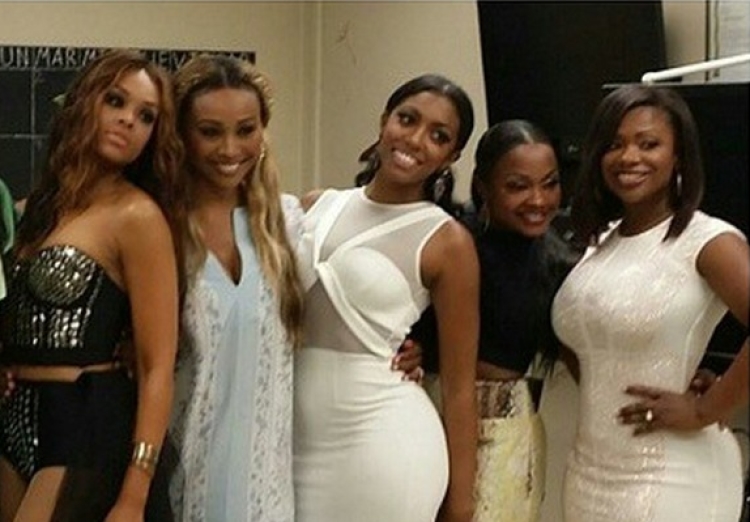 If you followed Season 7 of Real Housewives of Atlanta then you know that newbie Demetria McKinney was all about kickstarting her music career. As Wetpaint exclusively told you a few weeks ago, she scored her own record deal, and now she’s busy working on her album. Turns out Demetria looked to co-star Kandi Burruss for some help finishing up a few tracks, so we chatted with both ladies about what it’s been like to work with each other in the recording studio.

As Instagram shows, the gals were hard at work over the holiday weekend since Demetria needs to turn in her album to her label by tomorrow, May 27. Kandi enlisted her whole Kandi Factory staff to assist Demetria, and by the looks of it this crew is getting plenty of stuff done.

In an exclusive statement about their collaboration, Demetria tells Wetpaint, “I've been such a fan of Kandi. She's super talented and it's been an honor to be in the studio with her and the Kandi Factory Crew.”

Sounds like it’s a mutual admiration society with these two, as Kandi was just as thrilled to be working with Demetria. “Demetria is bringing the vocals on her new album,” the RHoA vet tells us exclusively. “I'm happy that she is fulfilling her dream, because that girl can sang!”

While we’re a bit surprised that Kandi is mixing Housewives with her music biz again — you all remember what happened when she worked on “Don’t Be Tardy” with Kim Zolciak — we’re glad that she’s been able to help out Demetria since, in Kandi’s own words, Demetria “can sang.”

Can’t wait to hear what these talented ladies came up with!

I CAN'T WAIT FOR THE LP!!!!!!!!!!! And it's pretty cool that she has Kandi working with her too! They sounded really good!