EXCLUSIVE: Demetria McKinney GETS REAL About 'RHOA': "The Model They Go With Is Drama" 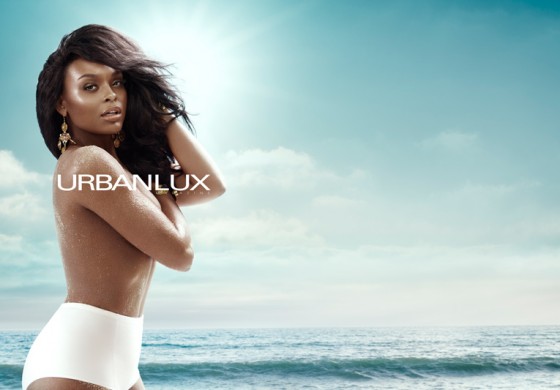 Demetria McKinney burst onto the reality television scene when she joined the cast of Real Housewives of Atlanta and blew everyone away with her gorgeous face and powerful pipes.

The seasoned actress and singer never really meshed with the show’s veterans, Nene Leakes, Phaedra Parks and Porsha Williams who seemed to let their jealousy get the better of them when the beauty hit the scene.

In an exclusive interview with CocoaFab, Demetria admits her decision to join the show had more to do with her singing career than a desire to jump into the fray.

“I went in with a plan to get the music out there. My whole purpose was music, not shade, drama, bull, none of that. I wanted talent to be my storyline.”

The single-mother was also very aware of the negative representations of black women that permeate the small screen.

“The single mom who still knows she’s got her fly, who is still pursuing her dream, who still knows who she is in spite of everything else going on…I wanted to give her a voice. I wanted the music to shine and thank goodness it did. I wanted African American women to shine also.”

Demetria’s best efforts to be herself on TV weren’t always appreciated by her co-stars, the show’s producers, or even the fans.

“Music is revealing in a way that you’re comfortable with. I put out there what I want people to know and see. I try to be as transparent as I can be but I don’t have to worry about it being tainted by anybody else. With reality television I’m in a room full of people some of which I would not normally hang with and dealing with people I would not necessarily talk to,” she says.

“Once it gets to the editing, they cut and paste and make it however they want it to be so whatever my intentions were going into that scene could be completely thwarted because they want ratings. Even though it’s supposed to be close to reality it has so much show to it that it doesn’t portray the authentic you.”

Demetria wasn’t the only one who got knocked for being herself. Her new bestie, Claudia Jordan, had a similar experience as the show’s other newbie.

“Claudia and I still hang real close. She and I got our SAG cards before anybody else was on reality TV. That’s why we didn’t have to do so much. It didn’t start there and it doesn’t end there. When it comes to people paying attention to something positive, that can be scary and I don’t fault them for it but I’m thrilled that neither Claudia nor myself went the extra mile to change who we are and what we want to represent ourselves as,” she says.

“The model that they go with is drama. Drama sells. The more salacious the better. I’m not saying there didn’t have to be any drama, that’s why you got the Nene’s, the Porsha’s, the Phaedras…that’s why you got them. They’re there for that. They stretch and get ready for marathons of that crap.”

Demetria even hinted that she and Claudia may have their own project in the works.

“Me and Claudia have genuinely become friends through the fire that is reality television. I don’t like that people didn’t get to see everything that she is. She’s such a strong women and such a supportive woman. We have been hanging out and supporting each other and you never know what’s coming down the pike.”

Demetria has been quite busy since we last saw her on the small screen. She’s currently on tour with R. Kelly and has two films on the way so she’s not so sure she’ll be returning to RHOA next season.

“I feel like mission accomplished. I just signed with ICM and eOne Music and I’ve been in the studio with amazing writers and artists so I’m happy. Come back or no, I’m happy. If I do go back it’s because they’ve chosen to focus on what it was supposed to be at the very beginning which was the music and the talent. You’ve got enough shade and drama and ratchet going on in other areas of the show. Let me shine and show those women who are go getters how to go and do that,” she says.

“It may get to the point where I just don’t have time to do it. If you use the platform in the right way and get out, then great. The best example is I used to live in public housing. I was a Section 8 girl for a year. It was a great tool as a single mother going to school and raising a kid on her own to be able to have that help but when it was time and I used the help I got out of there and I went on to pursue bigger and better things because it gave me a launching pad. That’s how I feel about reality television.”

Reply Lauren
2:37 PM on August 1, 2015
I love the fact that Dee Dee stays true to herself, no matter what anyone says! That is one of the reasons why I support her!