Demetria McKinney Contemplates The Reality Of Relationships In 'Is This Love' 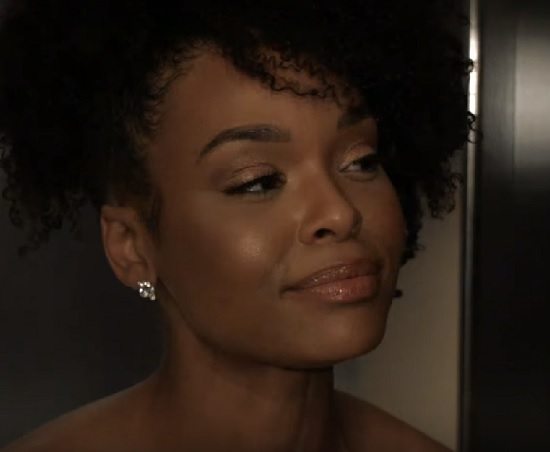 It seems that we've been waiting ages for Demetria McKinney's debut album, Officially Yours - and in fact we've been waiting a couple of years on the project. However, good things do indeed come to those who wait, and Demetria keeps proving that saying is true. We last heard from her musically on certified banger "Easy" and now she's tapping into her more sentimental side with her next release, "Is This Love."

The ballad finds Demetria contemplating what exactly is going on with her relationship as piano underscores her emotions. "It used to be easy for me to love / But now it seems our love just ain't enough," she sings while contemplating her next move. Her introspection leads her to the main question of the song's chorus, with her wondering if her situation is what love is really supposed to be. For the song's video, Demetria turned to fellow actor Robert Christopher Riley to direct and star as her love interest in the clip. She and Robert start the video in an intense argument that finds the couple in a shouting match. In the aftermath, we see Demetria alone, ruminating on their relationship up until that point. We see moments of joy, like Robert working his magic in the kitchen, and we see moments of discord, like Demetria being caught up in her phone too much to see that Robert is hurting. However, as the video comes to a close, we aren't given a clear resolution. Instead, Demetria opens her door to see Robert standing there and we're left with one question: Should he stay?

Well, should he? You can find the answer for yourself when you play the video Here. Though there's no official release date set just yet, Officially Yours is expected sometime this year.