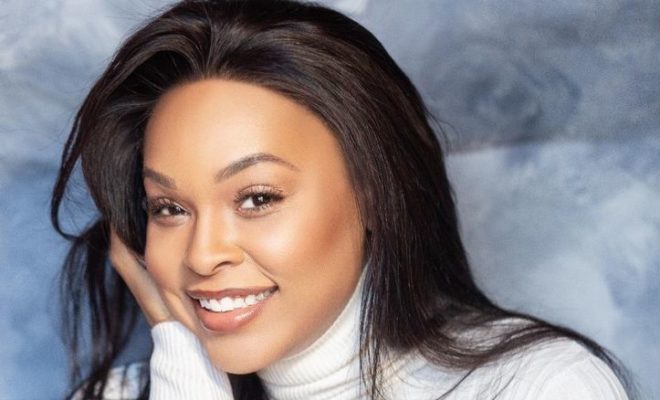 Q) What are the recent projects that you are working on?

A) Life has been good! Tyler Perry’s “House of Payne” has come back. They recorded twenty-five episodes so that should be coming out soon. There are some talks of other shows – things that we are conversation about. A couple of other things are on the horizon as well. The biggest thing for me is “Motherland: Fort Salem!” Ain’t nobody ready! [sings] It’s a really, really great ride and I can’t wait for everybody to jump on it.

Q) How was Anacostia on “Motherland: Fort Salem” originally described to you?

A) She was described to me as a no-nonsense drill sergeant. She’s tough as nails. I knew that she was going to be a war warrior. But I couldn’t have imagined the layering that was going to happen with her. Elliot Lawrence, the creator/writer, is the mastermind behind the world that is “Motherland” is a genius. He’s made meticulous efforts to make sure that everybody is so very concise in who they are and has the opportunity to grow despite that. Anacostia is an enigma. She comes from really humble beginnings. She was an orphan, but she has grown into this warrior and is a leader of sorts. Seeing her journey after that has been really cool.

Q) What did you find particularly challenging about portraying her?

A) [laughs] There were a lot of challenges. Not in a sense of what I couldn’t do as much as changing my mindset. Going into Vancouver (which I’d never been to before) and filming there for approximately six months was a really different thing. With the Tyler Perry model, we shot four episodes in a week! So, actually having the time to dive in, feel out and get acclimated to that space that they’re in was a really, really welcome change. Having to do the training – whoa! We were there a month early to go into combat training. We had to get in shape and learn how to use this whole different kind of weaponry because, yes, we are witches, but we’re not moving in the traditional form of a witch. We’re military and not “casting spells.” Our spells are very different and the modality to them is very different. Changing what I thought of a witch and personifying it and making it more human was something I had to get used to. On top of that, I’m a singer. [laughs] Some of the witches’ spells are done with songs. So, I had to change my mindset about what sounded beautiful and what was “witchy.” I really had to get into the beauty of the darkness. I had to get into the body of the spell versus, “I like this sound! This is cute! This a cute move! Let’s do this!” It was a really cool thing to witness everybody making the same sound and the same motions because, after all, it is military. So, you’re combining so many different facets that you have to really zone in and change what you think you know.

Q) Was there anything you added that wasn’t in her initial breakdown?

A) I’m hoping so. I’m hoping that the compassionate nature shines through the tough veneer. She’s a drill sergeant and I think they have that strong presence, which I definitely wanted to convey. But as Anacostia grows and realizes that there is still a lot that she has to learn, these three girls (Raelle, Abigail and Tally) make her soften where she is able to understand that she doesn’t know everything. I think that gives her room to grow into a more powerful being because of that.

Q) Were you familiar with any of your costars before working with them on this show?

A) I didn’t know nobody! [laughs] It was really cool in that sense because we were in Vancouver and it’s a whole different space. Everybody was new to the city and everybody came from such different backgrounds. We have someone from London, Sweden and South Africa. It’s such a diverse cast that I got a chance to only know people, but know different places. Our backgrounds are so different and we found the commonality in the fact that we were different and we embraced that and we brought that to each of our characters because each of the characters is so vastly different. So, we learned a lot about each other while we were studying each of our people and it was a really cool look. Now, we still text. We are all excited for each other and amped. We’re sending pictures. Did you know we had a filter?! It’s really, really cool to have perfect strangers become such great family.

Q) With such an intense storyline, how did you shake off a long day of filming?

A) I have to say that was in large part due to Freeform. There was no point in which I felt uncomfortable. There was no way I felt out of bounds asking a question. They treated us so very kindly and so very well. At the end of the day, whether we had done combat training or driving you home, we are in Vancouver and looking at all of these lights and architecture and you are realizing that you are getting to live your dream. With such a great network, such great people and it’s such an amazing story that you shake that off pretty easily and you look forward to the next one.

Q) What were some of your favorite scenes to film?

A) Oh, there was this part in episode six that ya’ll are going to like! Uh huh! And there is this part in episode eight that is really cool. Nah! I’m just playing. [laughs] As each of the characters grow and you see their journey, it’s a fascinating thing. For my character, Anacostia, she is loyal to the military. Her mindset is military. She is loyal to the military. She was raised in it and she is very, very close to General Adler (Lyne Renee). She makes it a point to stay away from loving or showing any kind of affection for these young ladies that she has to teach to stay alive. As she is starting to charge in certain aspects, you get to see other shades come out of her. And that is something I am really looking forward to. I tease on my Instagram page some of the stuff that these girls are being taught and you get to see a little bit of the power that Anacostia possess. So, any time you get to see that magic shine through, you are going to really, really appreciate it.

Q) You are a part of social media. Are you excited to get instant fan feedback to “Motherland: Fort Salem?”

A) Oh, without question! There are times when you finish shows and you are like, “Oo! I hope they get it! I hope they like me!” This is one where I’m actually so excited about it that I will gladly take what comes down the turnpike because I know it is going to be great. Getting to share that experience with everyone, getting to live tweet, getting to see the comments and respond – seeing people repost…One of my best friends is Kyla Pratt and she is so excited for me, especially as someone who has been in this industry since she was like seven years old. To see her like, “Oh, okay, friend! Let’s go! This is going to be good,” is like really, really cool. I’m posting it and she’s posting it. It’s just going to be really, really fun to get the feedback as everything is unraveling. And the biggest thing is, you think you know what is going to happen and then it just completely turns on you. So, when everybody has that “Ah-ha moment” getting to watch it, that’s going to be dope!

Q) How do you plan to celebrate the night it premieres?

A) It’s really contingent upon where we are. We were so looking forward to premiere this together by way of SXSW bringing us all together. But I have a very strong feeling that the ladies are going to be on a text chain together just like, “Oh my gosh! Did you see this?! Congratulations, friend! You were amazing in this.” My son has dreads and is 6’3. He’s very, very nonchalant about everything, but he seems to be super excited. So, we are definitely going to be watching it together. Then, just making sure (like you said) that I’m on social media. So, just really, really getting involved with the fans in whatever way possible. I’m going to take it all the way in.

Q) Is there anything else you want to be sure we share with our readers about your time on the show?

A) Guys, you have never seen this. I know that sounds cliché, but once you actually get the chance to live in the world that is “Motherland: Fort Salem” I hope that you take away from it the fun because it definitely is fantasy. Definitely take away from it the fun and the comradery, but also understand that we are all in this together. This world is completely flipped upside down – what “men do” and what “women do” are so reversed. Once you realize that we all have a part to play, but we all have to play it together it makes the climate change. We have a responsibility, even in this fun moment, we’re actually very aware of what is happening. And if we all just take a few lessons from these young recruits and all of these characters are learning we can all grow together. Let’s go have a great time and grow.

Q) What would you like to say to everyone who are fans and supporters of the work you do?