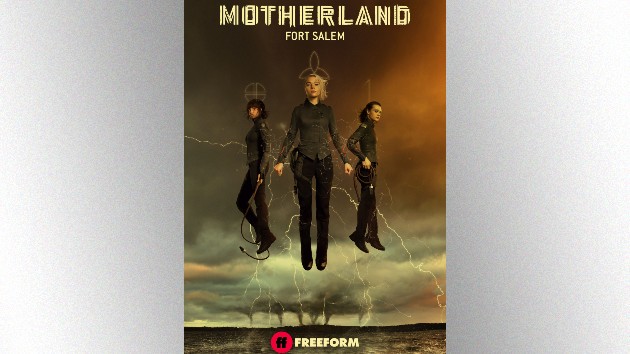 Season two of Freeform’s Motherland: Fort Salem — set in a world where witches make up the U.S. Army — premieres Tuesday night at 10 pm ET/PT. The show’s first season debuted during the pandemic, and one of the stars believes it drew a devoted audience because it offers a much-needed escape from the awful reality of COVID-19.

Demetria McKinney, who plays drill sergeant Anacostia Quartermaine on the show, tells ABC Audio, “There’s so much reality happening to us…and it’s coming from different directions than we were used to.”

She adds, “So to be able to sit down with your family…and just have a common space where you can escape and go into this whole different world — that isn’t too far from your own, but gives you just a little bit of a break — was really something that even I look forward to.”

The show also connected with viewers because of its diverse cast of mostly female characters of many different races and sexual preferences. Overseeing them all is Belgian actress Lyne Renée as General Alder, the powerful 300-year-old witch who leads the military.

“What I get back [from fans] is how they look at the confidence and strength of Alder and how it is inspiring them, which I think is amazing to hear, because she does that to me personally as well,” Renée tells ABC Audio.

“Someone said, ‘Oh, you’re playing a strong woman,'” she adds. “And I’m like, ‘We’re all strong women. We just need to find that part within ourselves.’ And I think Alder is a good representation of that.”

This season, the three main characters — witches Raelle, Tally and Abigail — confront their growing powers and abilities, as well as the increasing threat from a group of ancient witch hunters.