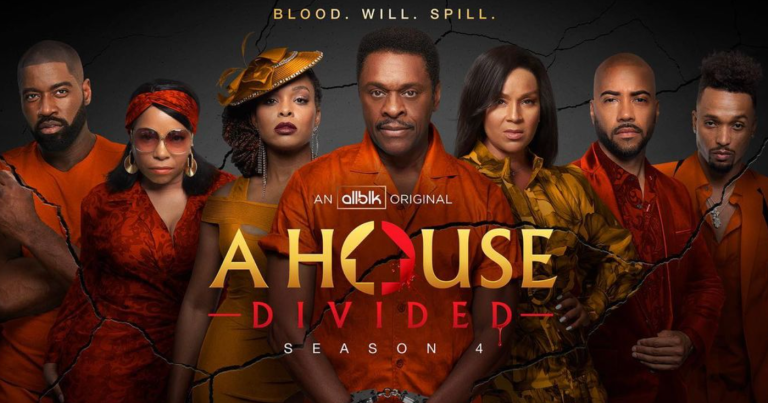 Demetria McKinney’s continuing to slay as a bada** on a hit ALLBLK network series.

As previously reported, “A House Divided” follows the members of the Sanders family, the direct descendants of Letty Sanders, a slave who became the richest Black woman in what was then the newly formed city of Los Angeles.

Now in its fourth season, the series is full of familial drama, and included in the turmoil is Carissa (Demetria McKinney, Motherland: Fort Salem) who’s back and struggling with learning to trust again. After becoming embroiled in lies and drama via her [now] husband Cameron, Carissa ended up behind bars after she was betrayed by someone close to her.
Now she’s out of prison and working on getting her charges dropped all while continuing to battle her biggest adversary, Alexis (LisaRaye McCoy, The Family Business).
As season four of “A House Divided” continues streaming on ALLBLK, Demetria Mckinney chatted with BOSSIP about Carissa continuing to stir up drama amid all the lies and deception on this shocking soap where EVERYONE gets their hands dirty. 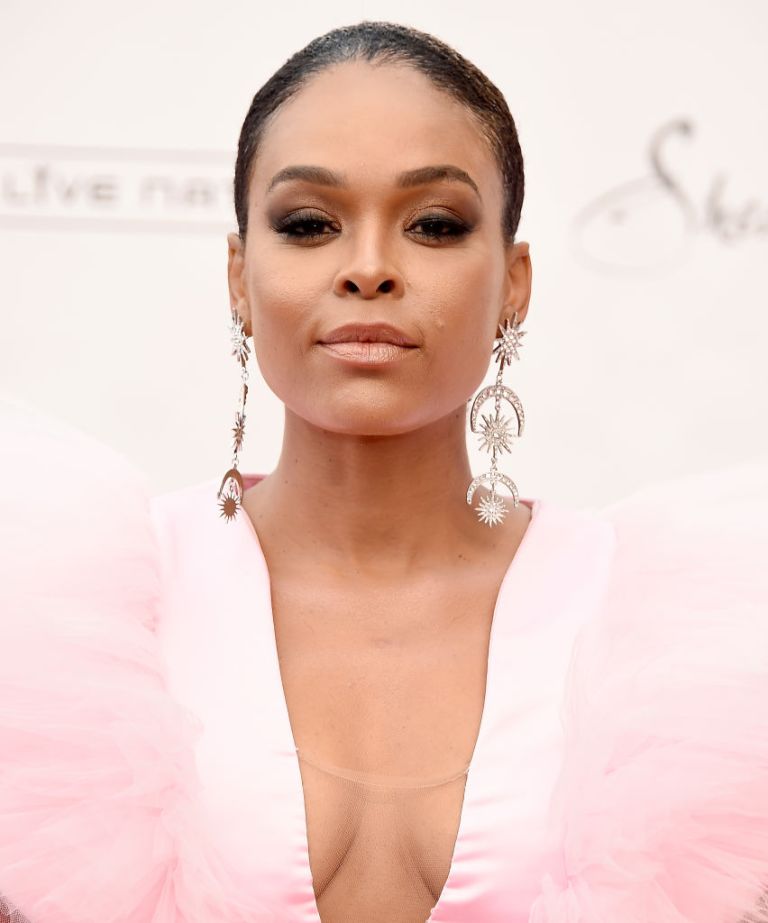 Let’s talk about season four of “A House Divided” streaming on ALLBLK. A description for this season says that the “saga continues and the truths are revealed while the family further unravels”—how much of this unraveling is because of Carissa and her antics?

I mean, I don’t know why everyone keeps trying to make me out to be the bad guy. I’m just ambitious, ambition is a must! Truth be told, a lot of it [the drama] is because of her. Carissa is definitely a catalyst for a lot of the things happening within the Sanders family. But as you see, part of the drama that continues to unfold and the truths that continue to reveal are not just hers—there’s babies and stuff, there’s [problems with] the bank and stuff, but yes, Carissa has, has definitely dabbled in all of their problems and created things.

For those who don’t know, how would you describe Carissa? I feel she’s a bada** and kind of rebellious.

She’s definitely contrary to me. In a word; savage. I think we’ve seen it in the and it resonates because of the truth. By any means necessary, by any neck necessary, Carissa is gonna get what she’s after and she thinks that she’s doing it outta love. That’s the cold part, don’t let her love you!

Carissa’s biggest adversary on “A House Divided” is Alexis. How much of this battle between them are we gonna see in season four?

You know, we’re gonna get little tidbits of it. I’ve been talking to the creator of the show Dan Garcia and I remember when they first told me Alexis was coming on to be my nemesis, I was like, ‘Ya’ll better pick the right one!’

I’m all in my bag because I feel like Carissa is “bad girl material”, and then he Dan Garcia] says, LisaRaye and I’m like, ‘Ahhhh—okay! Alright, I’m cool. It’s cool!’ You know it was just such great energy on set.

So I’m hoping we get to see a whole, whole, lot more in the SEASONS to come. You see how I’m putting that universe, already?

“A House Divided” is the longest-running series on ALLBLK, why do you think that viewers keep coming back for more?

Part one is because Dan Garcia has something different going on in that nugget of his. I don’t know where he comes up with these plots and these plot twists and how he ties them all together in this amazing, cute, package but it is so fun to be a part of and even watch afterward.

I think the other part is, I think people really just connect with the characters. You know there’s somebody for everybody, whether you’re team Alexis, team Carissa; we’ve all been cheated on, we’ve all had those moments of indiscretion—they [the characters] just point out so many realities in our real life, but we don’t get any of the consequences for it.

We just get to sit back and watch the chips fall where they may and enjoy the fall the whole time.

Why do you think viewers are so into seeing not only the Sanders family’s drama but their black wealth and legacy as well?

Because I think we oftentimes in history have gotten the short end of the stick as far as representation. It’s always that we’re on the come up or we’re not trying to come up or we got a habit or a baby mama and it’s always amidst this backdrop of “need.”

So with the Sanders family, we got 99 problems but MONEY ain’t it. So it’s good to see people up in the upper echelon still have issues, it kinda makes us feel like we have the ability to connect with this other side that they’ve always kind of tried to hide from some mainstream media.

Networks like ALLBLK are here because we needed a place to put ourselves in our spaces our way. We’re telling the gamut of the story and I think that’s the thing, I think it’s beautiful because it sparks conversations like; ‘How do we create generational wealth like the Sanders family?’ Let’s broaden our horizons!

“A House Divided” season 4 is currently streaming on ALLBK.