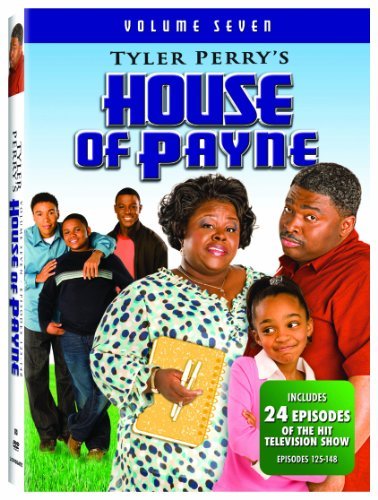 2 weeks ago we told you that an early schedule to retailers from Lionsgate Entertainment showed that Tyler Perry's House of Payne - Volume 7: Episodes 125-148 would come to DVD on April 5th. We weren't certain of that date at the time, but now we are because the studio made an official announcement today. The 3-disc set will run 504 minutes, at a cost of $29.98 SRP. The specs we reported last time have been included on the announcement, too, so those are confirmed. Here is the packaging.

Reply Sacha Nicole Clarke
7:43 AM on March 10, 2011
@Ebone LOL i thought it was just me! Wow had me trippin for a second there! Cant wait for the new episodes to air though, can not wait!

Reply Sacha Nicole Clarke
1:24 PM on March 9, 2011
whoa whoa whoa HOLD UP!
arnt we on season 7 right now or have i just been having my head in the clouds the whole entire time? =S
Reply Tracey Davis
1:10 PM on March 9, 2011
I cant not wait to get this this is gonna be awsome movie