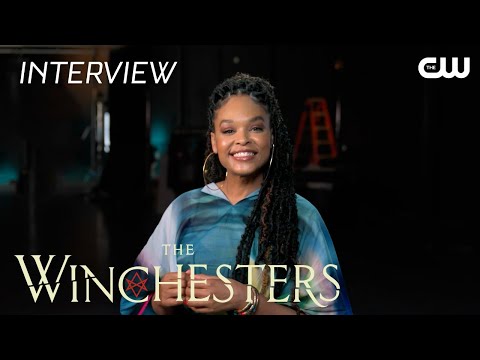 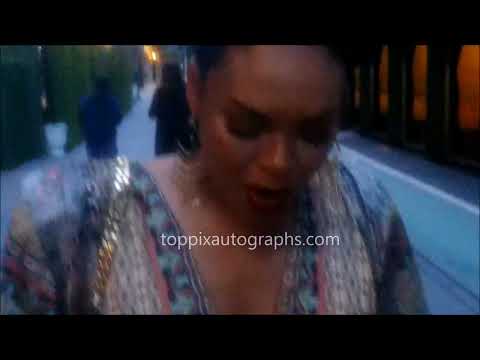 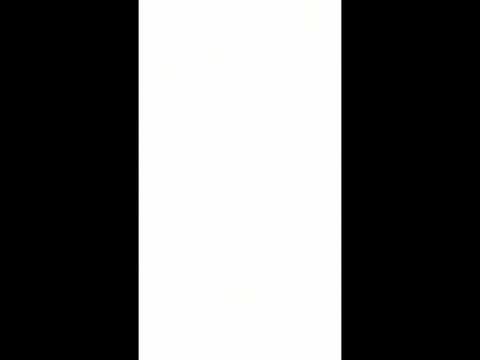 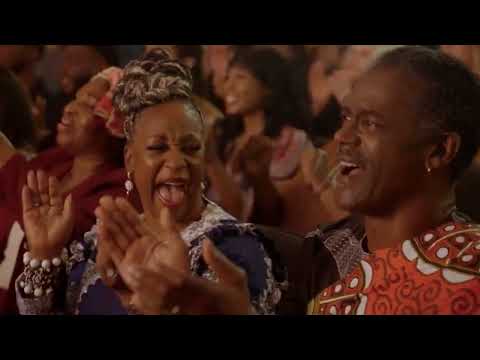 Disclaimer: deedeesworld.net is an APPROVED fan site created for singer/actress Demetria McKinney. I do NOT know Demetria McKinney Personally, I'm just here to acknowledge her amazing work ethics as an actress, singer, song writer, dancer & model. All the media files here are copyrighted to their own rightful owners. I do NOT claim or own anything on this site. This site is just for the fans of the multi-talented Demetria McKinney.
Follow @Iesha_M

Demetria McKinney is a river with many streams- singer, actress, model, song writer, dancer, and trend setter, as well as a health and women’s advocate. She is an award-winning actress who has played diverse roles on the big and small screens as well as on the stage. She is a gifted singer with a rich voice requiring zero studio enhancements and she is a skillful songwriter who thoughtfully expresses emotions in a way that instantly connects with listeners. Whether she is acting on stage to a sold out audience or a featured soloist at a major event, Demetria continues to receive admiration with standing ovations from her performances. Due to the consistent display of her talents, she has certainly become one of tomorrows brightest and most sought after stars.

At an early age, Demetria was drawn to music and was a natural performer. And as life happened, which for Demetria brought unfortunate circumstances and potentially scarring experiences, she found her strength, her peace and her therapy in music. Born in Albuquerque, New Mexico to a military family, Demetria has lived all over the world and was given a drive that resembled that of her parents growing up. She is a natural when it comes to going down the toughest roads, adapting to her surroundings, and coming out the other side a bigger and stronger woman. Her work ethic, way of life, and how she sees life is that of her relationships with her family. Although Demetria is currently an Atlanta resident, she is a self-admitted Military brat, that claims Ft. Walton Beach, Florida as her hometown roots, because her father retired from the US. Air Force and made it their home when she was a child. She dealt with the challenges of living a transient life by writing and drawing. Eventually she found herself singing in a church choir in Florida, and quickly became the choir director. Her drive to succeed stemmed from her hard-working military family. Finding an interest in theater since she was little, Demetria pursued performing arts during her college experience at Okaloosa Walton Community College where she earned a vocal scholarship and studied dance and theater, and took part in different theatrical plays outside and inside the college circuit. Despite not completing her degree, her involvement and hard work in theater both inside and outside of college set her up for success, one being Mr. Tyler Perry. Mr. Perry discovered her in a play that was touring called, “The Woman I am Today,” which she will say “kick started” her career.

Soon, she earned a leading role in Mark E. Swinton's "U Don't Know Me," the musical which received superb reviews. Her accomplishments read as a finely detailed map, headed toward her destiny and showing the broad spectrum of her abilities. Demetria has a rich history with screenplay- writer and director, Tyler Perry. Ms. McKinney's list of accomplishments includes her most notable role as "Janine Payne" in TBS's #1 TV sitcom, "House of Payne". The show which continues to top the ratings, has taped over 254 episodes and has received five (5) consecutive NAACP Image Awards for Best Sitcom and now in syndication on BET. She will also be reviving her role as Janine Payne, this Fall of 2020 on the now revived BET sitcom, "Tyler Perry's House of Payne". Dee Dee embraced a vital role in the nationally renowned stage play, "Meet the Browns". Her journey continued with Mr. Perry on Trinity Broadcasting Network (TBN) in a televised play production entitled "Madea's Christmas" which resulted in high ratings. In the DVD version of Tyler Perry's "Why Did I Get Married", the starlet revived a significant role in the play and went on to star in several other of his stage plays including "What's Done In The Dark". She also performed as the lead character "Brandy" in Nicci Gilbert's "Soul Kittens Cabaret".

The day you stop saying please and thank you to everyone in this business is the day you need to get out of it.

In 2007, McKinney starred in an award winning short film, "Standing Reign." Standing Reign was the five category award winning film in the Atlanta 48 Hour film festival (Best Film, Best Acting, Best Screenplay, Best Delivery and Audience Award). It was also an official selection in the TOMI Film Festival of New Orleans, the Spaghetti Junction Urban Film Festival of Atlanta, the International Black Film Festival of Nashville and is ranked top twenty films in the National 48 Hour Film Project. In April 2008, Ms. McKinney and Tyler Perry's House of Payne was nominated for the 2008 Prism Award. Ms. McKinney was nominated for Best Performance in a Comedy Series for her incredible portrayal as the drug addicted mother and wife turned career woman, and Tyler Perry's House of Payne was nominated and won the Prism Award for Comedy Series Multi-Episode story line. In July, Ms. McKinney starred in another award winning short film, "Before I Wake.

Her additional stage work includes the lead roles in the stage plays "The Mountaintop", “Church Girl”, the opera “I Dream” (in which Demetria portrayed Mrs. Coretta Scott King), "Dreamgirls" which she performed with and alongside the legendary Jennifer Holliday, as well as the stage plays “Love Jones The Musical”, "Set It Off", "The Wiz" and "Redemption of a Dogg", in which she performed alongside the dogg king himself, Snoop Dogg. However, acting onstage was not her only specialty. Demetria has played many diverse roles on both the big and small screen. She is showing us why she is making her mark on your TV screens, in movie theaters and on stage. She also brought her stage talent to the TV screen, in which she also co-starred on TV One’s sitcom "The Rickey Smiley Show" as Monica, Rickey's ex wife. Her numerous credits include the films “Daddy’s Little Girls”, "Let The Church Say Amen" and “Breaking Up is Hard to Do” as well as the hit USA drama ”Necessary Roughness”, BET's "Let's Stay Together" and a recurring roles on Life Time’s “Devious Maids”. Demetria can still currently be seen on Bravo's "The Real Housewives Of Atlanta", Bounce TV’s breakout hit series “Saints & Sinners”, BET’s “The Quad”, Centric TV’s “The Ladies Room”, TV One's the "Bobbi Kristina" Biopic (where she was honored to portray - her dream role as - Whitney Houston), Syfy's "Superstition", Bounce TV's "A Stone Cold Christmas", UMC's "A House Divided" and the now popular series "Motherland: Fort Salem" on Freeform.

Although her acting career keeps her very busy, Demetria always makes time for her first love: Music. Demetria McKinney is a radiant, beautiful, diverse talent, that has now stepped out into spotlight again to present to the world another dimension of her talent... which is, singing. Demetria has extensive vocal and dance training. This eOne Music recording artist over the past few years has recorded and performed with artist such as Kandi Burruss, Lyfe Jennings, Da Brat, Musiq Soulchild and Anthony David, and has opened for artists such as R. Kelly, Fantasia, Tank, Tyrese, BBD, and Dwele. Her latest singles available on itunes are "Happy", "Is This Love", "No, No, No", “Unnecessary Trouble” feat. Kandi Burruss, “Trade It All” and "Talkin' Bout Love" which is a duet with Lyfe Jennings off of his album "Tree Of Lyfe". After years of spending time perfecting her craft and tapping fully into her musical voice, she released her first debut album "Officially Yours" in October of 2017, that features the hit single "Easy" which was a top 5 hit on the Billboard and Urban AC radio charts. This album gave her fans just a taste of what else she has to offer. In 2017, She received a NAACP Image Award nomination for Outstanding New Artist.

Homelessness, abuse, and being a single mother were some of the challenges that McKinney faced as a teenager, but she says that it all shaped the woman she is today. Now, she’s using her chops as an actress and her powerful voice as a singer to empower others and show that anyone can get through it if they hold their heads up, keep the faith, and don’t take no for an answer. In Demetria's spare time, she loves spending time with her son/family, taking in a good movie, traveling and even painting art. But in between time, she is very passionate about cancer research, due to her father, a cancer survivor, as well as very active in the community and often volunteers with young girls (specifically young African American women) to talk with them about life, homelessness, self-esteem and earth awareness. She also speaks to women who are facing problems with substance abuse as well as domestic violence abuse. She offers a story of hope, self-love and faith to all of them.